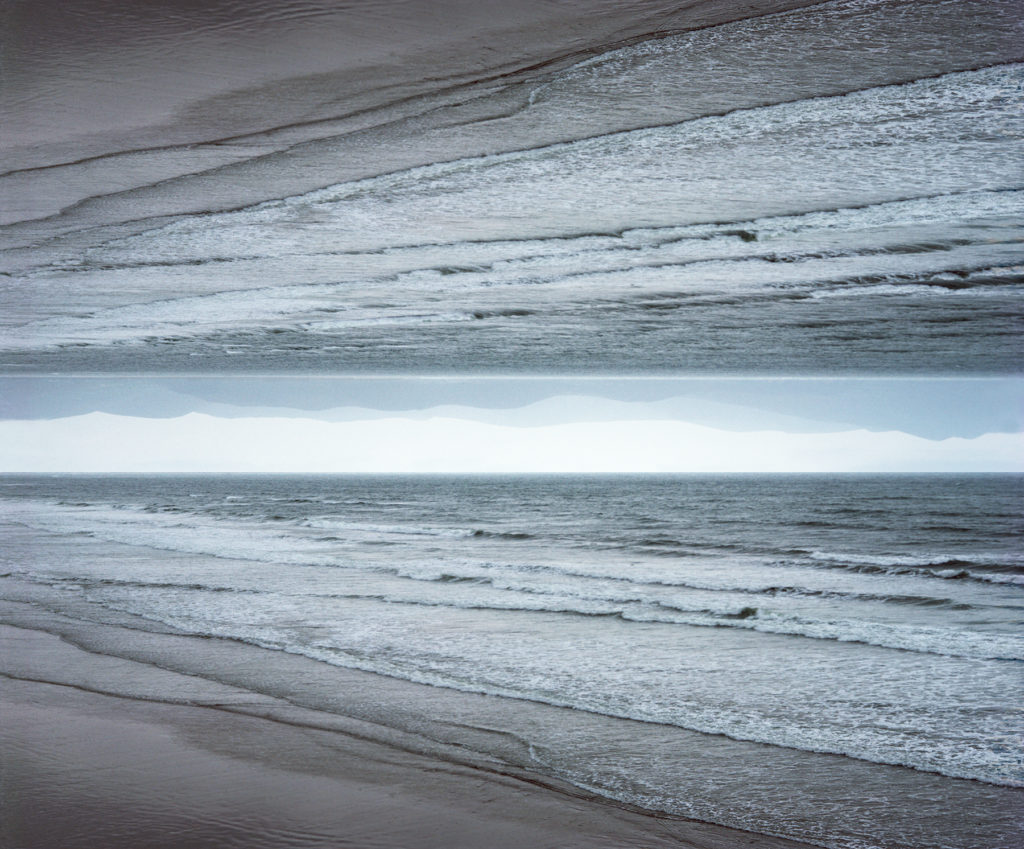 Impressions of digital work to date

It’s been said before. Digital imaging will revolutionize image making in the 21st century. It will have effects on western civilization as far reaching as the invention of photography, which it will alter irrevocably.

Most of the work produced digitally to date is commercial and as such, it has generally been very slick and contrived work. As an art form in its infancy, digital imaging has produced a morass of day-glow hype, but on the edges a few individuals have begun to produce some very sensitive and thoughtful work.

With the arrival of the new comes the need to overcome fascination with novelty in order to approach substance and sophistication — a sophistication born of subtlety and depth of perception, not complexity and perceived virtuosity.

My first encounter with digital imaging came years before I had ever heard the term. When on press at Acme Printing in Boston, my mother, a graphic designer who often oversees the production of fine art photography books, would humorously refer to Scitex machines as “million-dollar coloring books.” From the moment I heard of them, I dreamt of the day I would be able to use my own million-dollar coloring book.

Thinking it would be twenty years before the technology would become available, I dedicated myself to learning the crafts of drawing and painting as a means of realizing the imaginative visions that crossed before my mind’s eye.

My father taught me photography; and while this provides me a satisfying vessel for preserving quiet meditations in nature, it could not give free reign to all that I imagined — it could not produce an angel’s descent from heaven or the rampage of a fire-breathing dragon, except through metaphor — until now.

It wasn’t a twenty-year wait. Today, I’m composing images on an eight thousand dollar coloring book, and with it doing more than I could have ever imagined.

Long before I heard about the science of “chaos” or the term “fractal geometry,” I had become fascinated by the geometry of nature. The overwhelming patterns of stars in the sky, of foam on water, of stones on a beach, the shifting of sand, the drifting of clouds, the growth of plants — all seemed filled with a mysterious order.

While geometry provided fascinating inroads into the structure of nature, it also proved frustrating in its inability to deal with very complicated systems. I was convinced that if we learned to abstract at a deeper level of complexity, we could reveal new levels of order and meaning in the natural world that surrounds us.

As I was finishing college, chaologists, a new breed of scientists, made public their fascinating discoveries: a methodology for describing deeper levels of order in nature. By then, I had realized that no matter how interested I might be by the discoveries of science, my heart lay within the realm of the arts, with a method of exploring and understanding the world that was synthetic rather than analytic. For me, science would remain a hobby; art would be a career.

While I found fascination in the outer world through science, I found fascination with my inner world in psychology, dreams, and particularly with mythology and folklore. There, I found stories that spanned the ages of man coming in contact with an overwhelming natural world and struggling to identify his role and nature in that greater structure. Here was a forum where humanity asked its deepest questions, of itself and the natural world, and these questions found expression in sacred art. Images and words expressed enduring beliefs and recorded brief poetic insights into the unknown.

The process of working

I am tremendously excited about the computer’s ability to synthesize — its ability to take disparate materials and weave them into a single continuum. It lends itself easily to both surrealist and postmodern perspectives. The viewer’s expectations of reality can be effortlessly destroyed and a diversity of objects and styles can be fused together seamlessly.

I have long seen style as content, a textual element or a method of working, not something one has to identify oneself with personally. That the psyche, the personality and the interests of the individual artist will manifest themselves in any medium or style seems inevitable — though some, but not necessarily one, will suit an individual’s nature better than others.

While my working methods have been radically altered, my intent has remained the same. Digital imaging has proved a uniquely apt receptacle for my sensibilities and interests — nature, dreams, symbology and iconography, mythology and folklore. The content of my previous work, a surreal montage of disparate elements into a synthetic whole that suggests a state of being or a psychological dimension, has flowed naturally onto the screen and into the images before you.

I decided to use the computer to explore the natural world. I scanned materials at hand directly into the computer — stones, shells, fossils, wood, natural fibers. I scanned slides and prints when dealing with objects that wouldn’t fit on the scanner — such as water, foam and clouds. A few quick experiments yielded some exciting results. When I wasn’t working directly on the computer, new ideas would flood into my consciousness. I soon had pages of thumbnails for new possibilities. Looking them over, I realized that while some of them were exciting, some felt contrived and forced. Weeding out the best compositions, I set to work. I began to realize that while my initial efforts were extremely simple, mysterious and abstract, I was beginning to explore other impulses towards more complexity and towards themes that were more iconographical. I began working on an image that eluded me for months. At each turn, something wonderful and completely unexpected would occur — an encounter with a new material would suggest other possibilities or an unusual composition would appear djinni-like upon the screen. Rather than chaining these gifts to my intention, I followed their siren songs into mystery.

Now, each day is a day of discovery and revelation for me. The computer is a tool akin to a telescope or a microscope; a tool that opens vast frontiers of possibilities and brings them to light; a tool that captures the elemental and animates or holds it still at will; a tool that captures the organic flow of the earth’s crust or the wash of a wave and creates an impossible symmetry, an elemental Rorshach pattern ripe for continued exploration, divulging a thousand revelations.