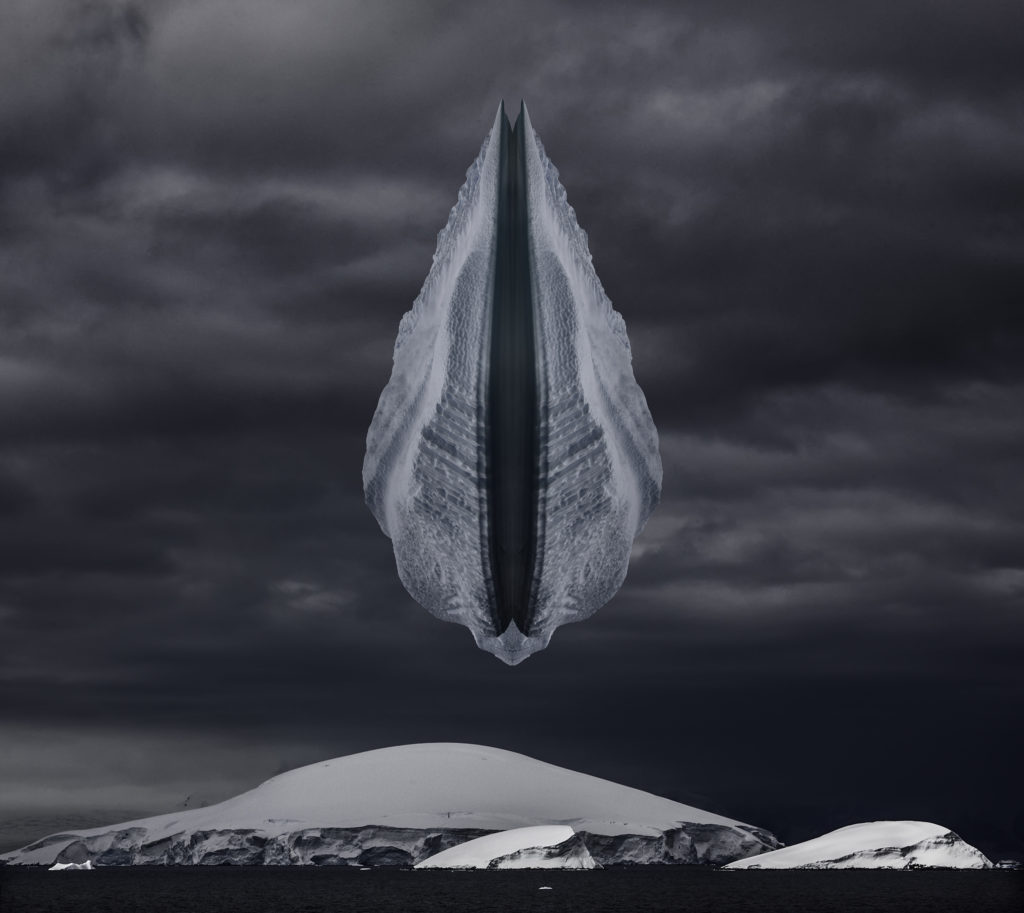 Get the book here.

Often, when I am in nature, I feel that I am in the presence of a spirit or spirits. The spiritual traditions of the world have a highly creative vocabulary for these earth energies; Hindu devas, Shinto kami, Greek nymphs, Celtic fairies, African yawahoos, Egyptian afrites, Iroquois orendas, and the list goes on and on and on; it has been developing for millennia. These explorations are an essential aspect of human nature. This soulful approach to life reminds us that we too are spiritual as well as material beings.

The richly associative power of symmetry can become a tool for transforming perception. These images remind me and many others of the figures, masks, and drawings found within the world’s sacred traditions, designed to serve a deeper psychological purpose. Even within the western psychological tradition, symmetrical patterns have been used to uncover what often remains hidden to the conscious mind. German physician Justinius Kerner invented klecksography, the art of making highly associative drawings from mirrored inkblots, which stimulate the universal human tendency to see patterns. Kerner, also a mystic poet, felt that such drawings not only brought him in closer contact with deeper aspects of his nature but also drew him closer to the spirit of nature. Hermann Rorschach enjoyed klecksography so much that his friends nicknamed him “Klecks” and he later created his Rorschach test as a tool to uncover unconscious desires, a visual variation on Freud’s verbal techniques; both practices continue today.

When I first saw these kinds of images appear in my work, I was struck by how much they reminded me of the spirit of the place they were drawn from. As much of my work is concerned with universally shared archetypal qualities, it is also concerned with the unique character of specific places. One eye focuses on the world’s soul (animus mundi) while the other focuses on the spirit of a place (genius loci). Upon further exploration, I’ve come to believe that the two are not separate, merely different aspects of one another.

My work is not a simple document of my encounters with the varied spirit(s) of nature; it is a collaboration with it. An important aspect of this work is bringing into focus not just what is seen with the naked eye but what is experienced by the whole being – body, mind, and emotion. The process of creating these images is like dreaming while I’m awake. Some of these visions were discovered in dreams, some in waking reveries, some in conscious visualizations, and some were discovered directly through the process of making images. Whether the images arise in the moment or long after the moment has passed, the essential experience is extended, like a seed that once planted germinates, blooms, and bears fruit. Regardless of where I’m creating – on site, in transit, or in studio –  the places that have touched me deeply are always with me.

Perhaps the most important aspect of this work is the deepening of a felt connection with nature, both for myself and for others. When I am in nature, I feel that I am in the presence of a spirit(s) and that I come in deeper contact with my own spirit(s). I’ve come to understand that the two are not as separate as I once thought. We are not apart from nature but a part of Nature. My continued explorations of the nature of perception and the perception of nature are extended to the self. The photograph becomes a mirror in which I can better see the world and myself.