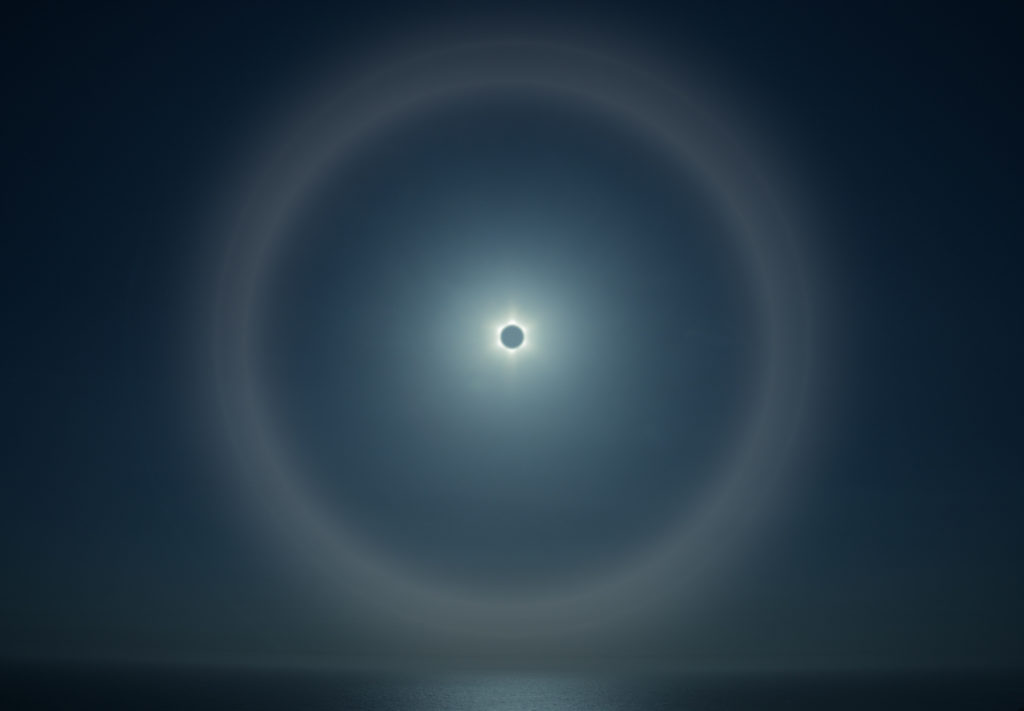 It happened suddenly, a television commercial brought it all together for me. An advertisement for the Dublin Times gave me a thirty second crash course in media studies. The film was scratchy, gritty, high in contrast, and black and white – visual clues to the proposed truth value of documentary photography. Images flickered depicting a brawny youth in leather, with military boots and a shaved head racing down the street, past two concerned elderly ladies toward the viewer. Just committed a crime? The voice over stated, “Seen one way, a picture tells a certain story.” The images cut to another view where the youth was now seen rushing past the elderly ladies away from the viewer towards a well dressed businessman turning as he heard fast approaching footsteps. About to commit a crime? The voice over then stated, “Seen from another perspective, a picture tells another story.” The images cut to a bird’s eye view as ladies watched the youth tackle the man … pushing him out of the way of a falling piano. Savior! The voice over finally declared, “But to get the full picture, get the Dublin Times.” This had a profound impact on my understanding of photography.

Seen from one perspective, photography is much more about elimination than inclusion. The images we make with a lens typically eliminate ninety percent of our field of view and everything that is out of our field of view. The shutter slices time, eliminating all moments before and after it opens and closes. Three dimensions are reduced to two. And in some cases color is removed. How can we call these kinds of artifacts unaltered? The act of creation, making anything, is an alteration. We cannot eliminate the medium or ourselves from the process, and both are limited. We create decisive moments by devoting our time and attention to specific things. This is the greatest gift we can give anyone or anything – pieces of our life. We are neither invisible nor unbiased, we are not omnipresent nor are we omniscient. Recognizing our limitations we are able to apprehend more.

I am reminded of a Hindu parable I heard when I was very young. Five blind men gather around an elephant. The first feels its side and deduces, “A wall.” The second feels a leg, “A column.” The third feels a tusk, “A spear.” The fourth feels an ear, “A palm tree.” The fifth feels the trunk, “A snake.” And so a debate starts. No one man can deduce the whole truth from the fragment he possesses. But, once they share their limited observations they are finally able to sense more than they could individually and together are finally able to conclude that they stand before an elephant. It takes asking many questions from many perspectives to truly understand something. More often than not, it requires an investment of considerable time.

Often in my work, more than one perspective is included in the same image. Many ways of seeing are included within the body of work. The work attempts to synthesize poles of human experience – looking up and down, in and out, near and far, here and there, in front and behind, now and then. In between the two poles a spectrum of possibilities or field of probability is suggested. Out of dichotomy comes unity through inclusion and extended consideration and reconsideration. The work is an invitation to look and look again and to look at us looking.

I intentionally include images that could be considered documents side by side with my altered images. Altered images look unaltered. Unaltered images look altered. As my work is placed in contexts where images are considered for their artistic values rather than their documentary qualities, these illusions are subversive rather than misleading. I ask people to ask questions rather than make assumptions about the work, the subjects it contains, and our reactions to them. By calling attention to ambiguities that surround us on a daily basis, I seek to create a moment of pause for the viewer where habitual patterns of thought are suspended and the roots of human experience are considered more transparently.

I prefer that people assume that my images have been altered. I deliberately call attention to my presence in the process of creation. For me, this is more honest than adopting the stances of invisibility and objectivity. At the same time, I deliberately call attention to your presence in the process of recreation or interpretation. If the realization that seeing is not believing arises, so too will the realization arise that believing is not seeing.

Very often there is too little information in photographs to deduce how they were made and even what they represent. We rely on context and supplemental information to confirm our observations, not simply the documents themselves. We don’t focus on the limitations of the medium and the messenger often enough. Raw data is not useful until it is filtered and once it has been edited a bias has been imparted to it. To truly understand the nature of an artifact we need to understand the limitations of the medium, who had a hand in its creation, what their objectives were, what our objective in interpretation are, and the relative strengths and weaknesses of the methods we use to form that interpretation. This does not mean that we should not strive for objectivity, but we should recognize that we have limits and can only achieve it by degrees. We can strive to eliminate prejudice (which is stigmatic) but we cannot eliminate bias (which is celebratory), nor should we. Instead of the impossibility of objectivity, I prefer a wider perspective and a more encompassing balance. I suggest instead, we strive for an encompassing balance and above all an awareness of the complexities of our environment (physically and culturally) and ourselves.

It offers the possibility of a revision of the processes of photography, the nature of representation, the values we ascribe to images, our relationships with our environment, and our attitudes towards ourselves.